Stig: "Actually in Estonia they are writing that it was the 9th time I tried"

Posted by : Катам четверг, 7 мая 2015 г.
This week we're chatting with charming duo from Estonia - Elina and Stig.
We were able to learn about their preparation for the Eurovision Song Contest.


Elina and Stig, you’ve known each other for quite a long time. Can you please tell us how did you decide to make such an interesting duo?

Stig: The song was written a couple of years ago and now it felt like the right time to take it out of the drawer.

Tell us a bit about the process of recording your song? How was it? May be there is an interesting story related to it?

Stig: It was quite an ordinary recording:)

Your song says that you can’t live in yesterday and you always should say “Good bye” to past relationships. Does this song have something with your personal experience?

Stig: It is not based on my own real life experiences but I admit that every song I write has something from my own life as well.

Elina, you are not new at the contests. In 2012 you reached the final of the «Eesti otsib superstaari». Do you think this experience would help you at Eurovision Song Contest? What is the biggest lesson from participation at this TV show?

Elina: The “Estonian Idol” gave me a lot of TV and stage experience. And of course that is the show where people started to recognize me as a singer.

Stig, you had a long road to represent Estonia at Eurovision Song Contest. Elina did only 1 attempt and you did 7. What did you feel when you were announced as the winner of Eesti Laul 2015?

Stig: Actually in Estonia they are writing that it was the 9th time I tried. Go figure… :) But of course it was a good feeling!

“Goodbye to Yesterday” gained popularity among Eurovision fans in quite a short time. Bookmakers predict a place in top-5. Will being favorites help you or make more  pressure?

We think that it does not mean that much. We have to do our job which is to perform well.

Last year the Dutch duo The Common Linnets finished on the second place and this success was one of the reason that we will see a number of female-male duo entries. What do you have special compared to duos let’s say from Lithuania and Norway?

Unfortunately we have not heard all of the songs yet.

Tell us something about your preparation to the contest. What are you doing? It’s less than month left before your trip to Vienna. Is everything ready?

Everything is ready. We have done some camera rehearsals and as we are both professional musicians we are giving concerts week in, week out. We try not to overthink.

Can you reveal secrets about your performance in Eurovision? Will you change the staging? Or everything will stay the same as we saw in the final of Eesti Laul?

Everything will not be the same. For an example, there will be colours :) But all the other things you will see at the show!

Did you have a chance to listen to the songs of the other contestants? Did any of them stick in your memory? Who is your main competitor?

Unfortunately we have not heard all of the songs yet.

Do you like Polina Gagarina’s song “A million voices”?


The Russian entry is really good!

ESCRUS team and OGAE Russia wish all the best to the Estonian participants and delegation! 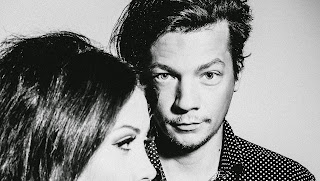